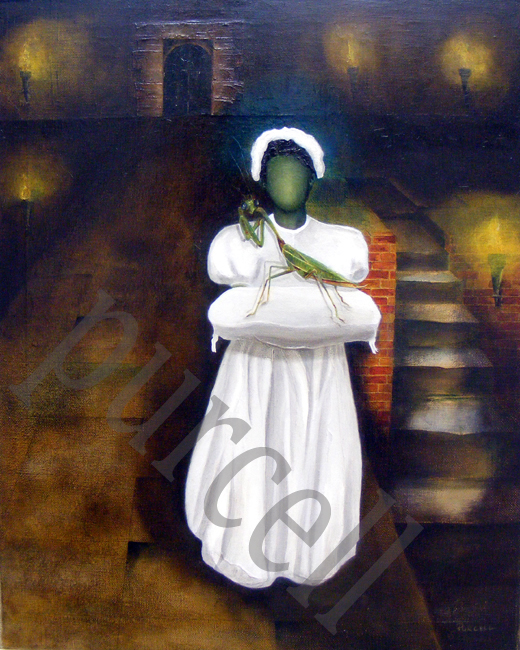 So I painted this some time ago and then repainted some parts of it recently but I’ve never really written about what it means. As per usual in my allegorical style paintings there is a fair bit of symbolism. Here religion is represented by the preying mantis as both fascinating and dangerous. Extremely dangerous to man – religion, as Christopher Hitchens said, ‘poisons everything’ and it surely does. But religion is on its back foot, losing believers by the boat load in the West, its apologists like the  master of word salad, William Lane Craig, (demolished in debate with Hitchens and Sean Carroll to name but two) try to inform themselves of science, astrophysics, cosmology, quantum physics etc. in order to somehow prove their God through science. My advice to them is give up, you have faith, stick to that, you don’t need to confuse yourselves with science.

The Mantis is held out to the viewer in a way that suggests this is the big question of the time and has been for some centuries and ironically by a faceless virgin, representing all the faceless women who have served the church for absolutely no reward or acknowledgement by the Catholic faith in particular.