So the first two images here of the newly stretched canvas, the paintings are on 150cm x 130 cm supports, stretched, sized and primed here, the grounds are RSG followed by a ‘distemper’ from an old recipe. I may paint the third in the series ‘Hope’ on a different, modern ground, sized with P.V.A. and primer from Gamblyn or Winsor and Newton. 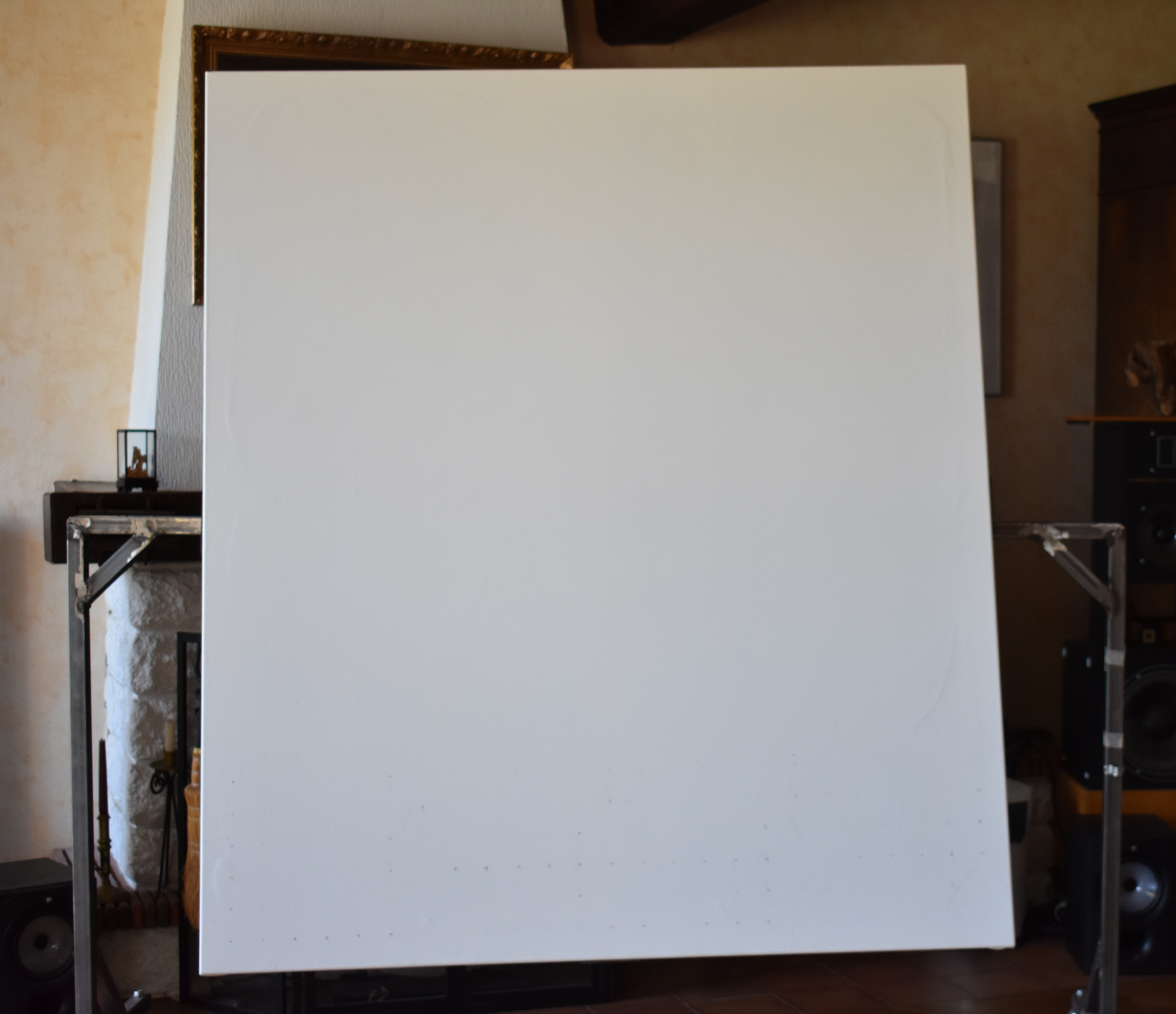 I’ve had the ideas for this painting for some time and finally found a way to put it into my agenda for 2019. I’ll be painting it in good summer light and in the warmth of a large room that faces South. Yes Northern light is preferred but I can’t arrange for that in this house. I have curtains!

The subject is justice once again and particularly the brutal injustices reigned down upon women by religion. Non of these injustices have ever been apologised for, the main perpetrators the Catholic Church has never made a humble apology to womankind for the deliberately perverted sexual and physical torture of womankind throughout history.

The Pope should get down on his bony knees in St. Peter’s Square and beg forgiveness of womankind but instead as with all the abuses of humanity by the Catholic Church the shitty little coward remains silent. 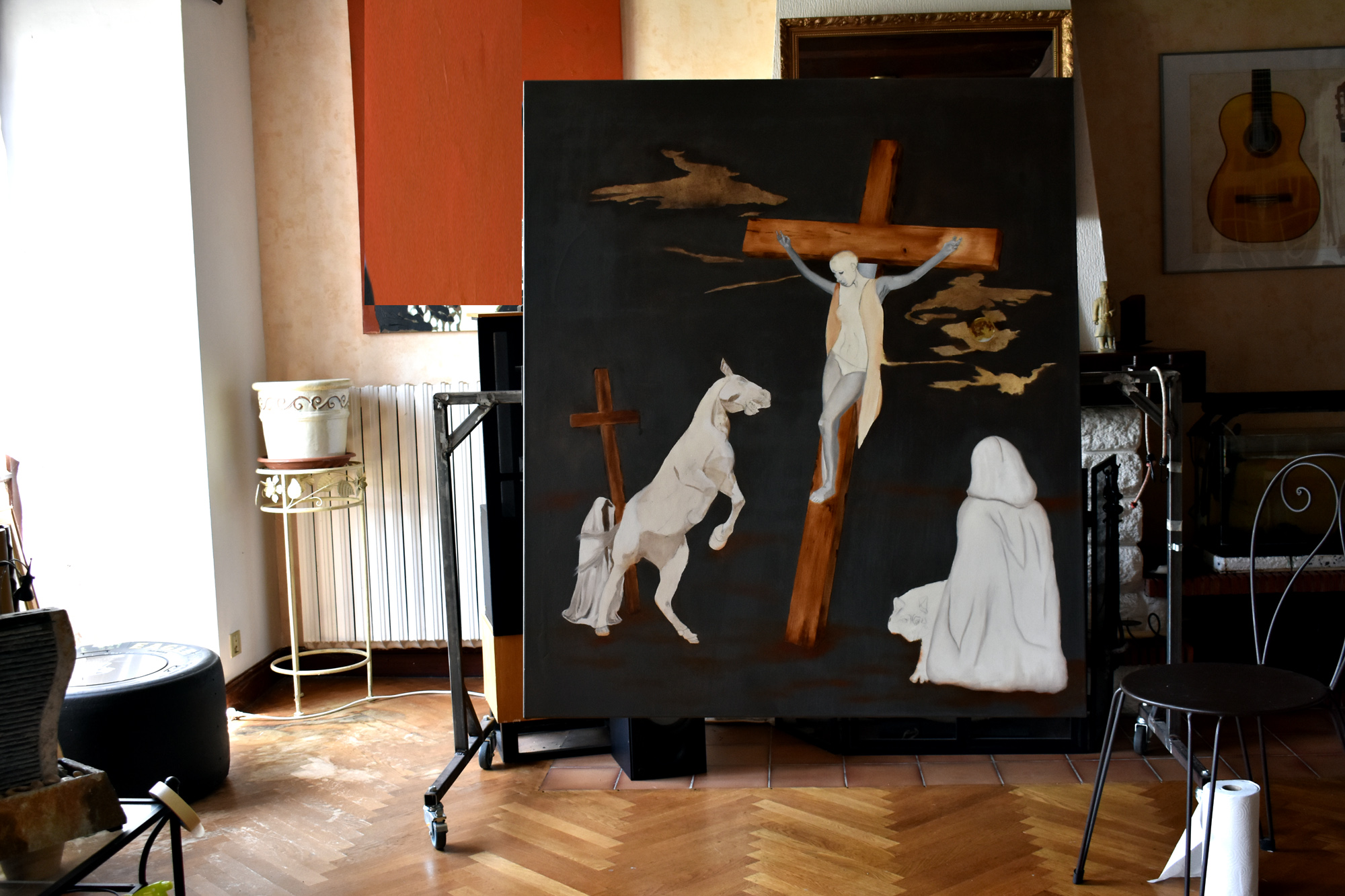 Here’s the progress I’ve made by late July, I don’t have a wolf and a horse at hand to pose for me, so I’ve used photos to arrive in the place where I want to be. Quite a way to go but I’ve made good progress, next is probably a complete ‘oil out’ with a chalk and sun thickened flax oil painting and grinding medium, that I prepare here according to a recipe of the amazing Louis Velasquez. At the same time I’ll soften and blend edges into the gloom of night and heighten the ‘luminous golden effect’ I want to get into the clouds. 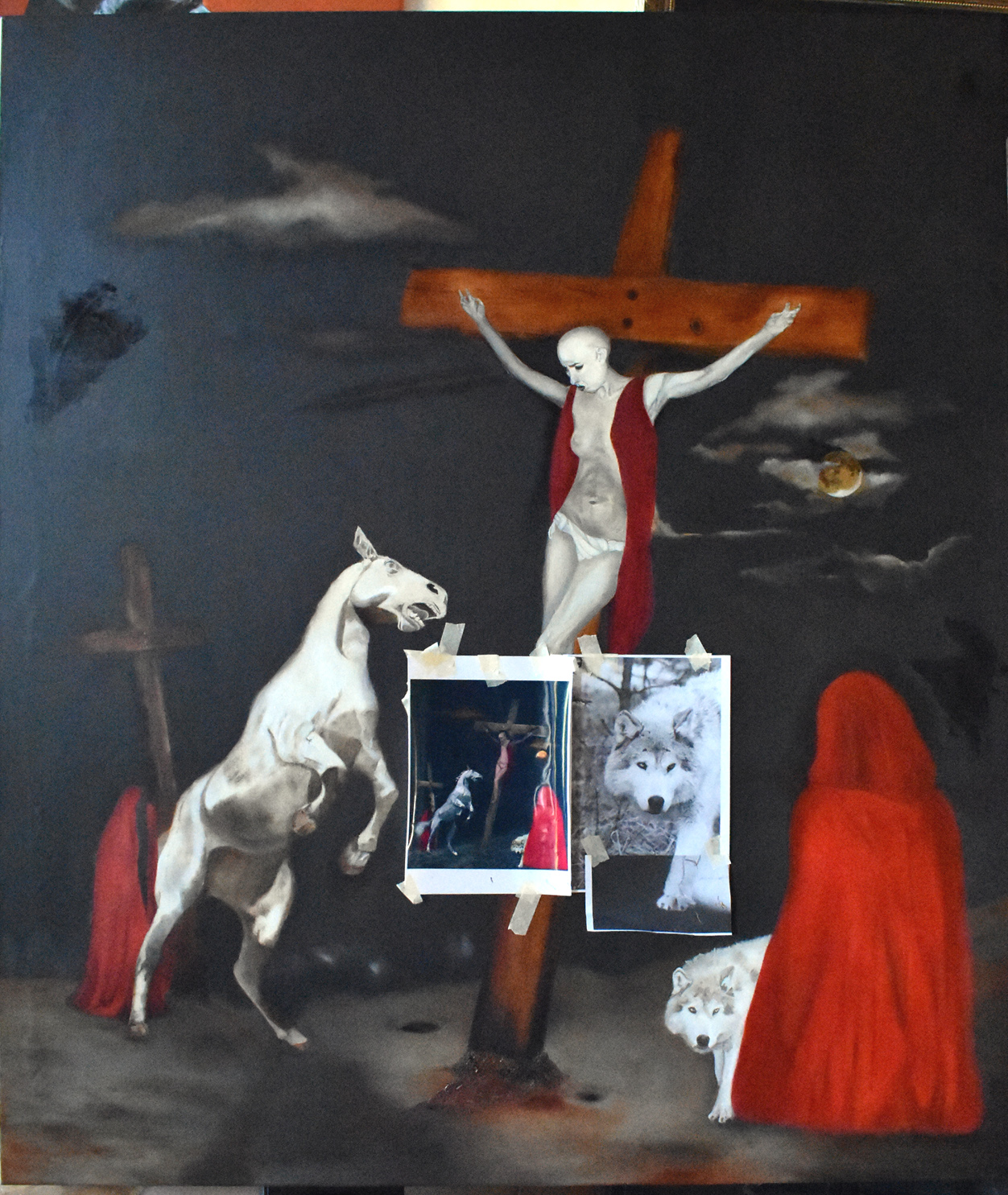